The Fargo Invaders are your 2016 NSFL Champions after beating the Granite City Renegades 37-0! The Invaders had continual success all year long, resulting in an undefeated record to end the season at 11-0! The Invaders had a very strong field presence that was felt immediately to begin the game. An overall strong effort on both sides of the ball is what led the Invaders to this victory, just like most games this season.
The Invader offense had an efficient day ending the game with a total of 247 yards, with 156 of those coming from the pass game. Tony Stauss went 7-11 for 87 yards and an interception while Justan Taliaferro went 1-5 for 30 yards and a TD. The ground game was dominant again with CT Davis rushing for 73 yards on 9 attempts and a TD, while Brandon Jones had 20 yards on 5 attempts and a rushing TD as well. Jon Baune tallied the most receptions in this contest, coming down with 5 for 65 yards. Micah Arnold had 2 receptions for 35 yards and a TD on the day.
The defense shut out the GC Renegades, but let up 197 yards which is more than usual. The Renegades had a very strong rush game ending with 126 yards. The Invaders took away the passing game by swarming the quarterback and making him force passes which resulted in the defense intercepting 4 of them. Brandon Sloan had a monster day, hauling in 2 interceptions and bringing one of them back for a TD. Jermaine Marcellus and David Earl intercepted the other 2. Jeremy Gordon led the team in total tackles with 15.
Thank you to all the wonderful fans and sponsors for the support throughout the season. For the live game sheet and all the stats, go to this link http://www.northernstatesfootball.org/game/game_sheet/14555287 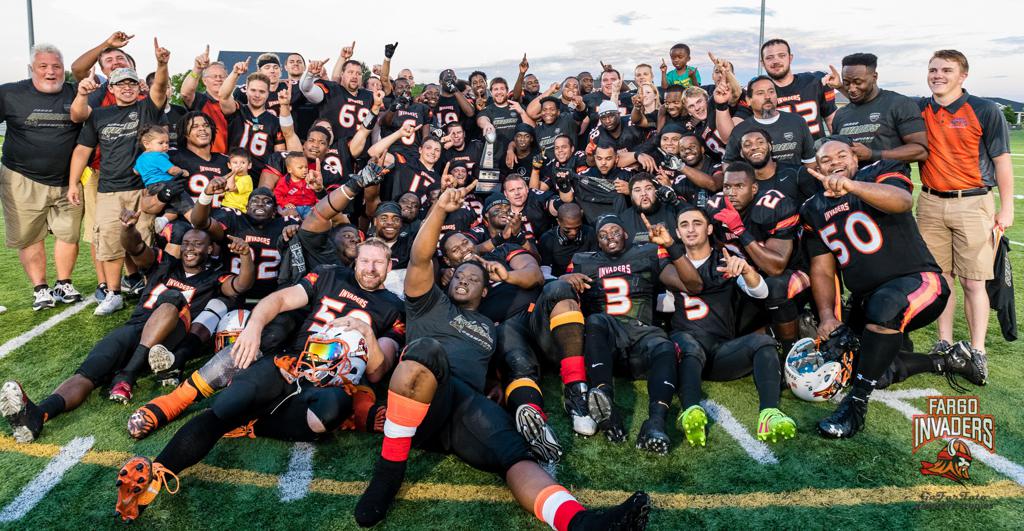