#1 - Invaders (9-0) end the Regular Season as the Undefeated Champions.  After giving up 18 points all season long, they will look to continue their strong season into the Playoffs.

#2 - Renegades (6-3) dropped both games with the Invaders, split with the Patriots, and were able to take care of the rest of the competition.  They end the year with the 2nd best record, but in the tough West Division they will be the #3 seed in the playoffs.

#3 - Sabercats (4-5) dropped both games to the Invaders & Renegades, while splitting with the Patriots. They will enter the playoffs as the #4 seed and travel to Fargo on 8/6.

#4 - Patriots (5-4) finish the year with the East Division title. Four of their wins were within 6 points, while they also took a forfeit loss against the Invaders after failing to travel to Fargo.

#5 - Broncos (1-8) end the year with two forfeit losses against the two Division Champions.  They will not be eligible for the playoffs, and will look to rebuild for 2017. 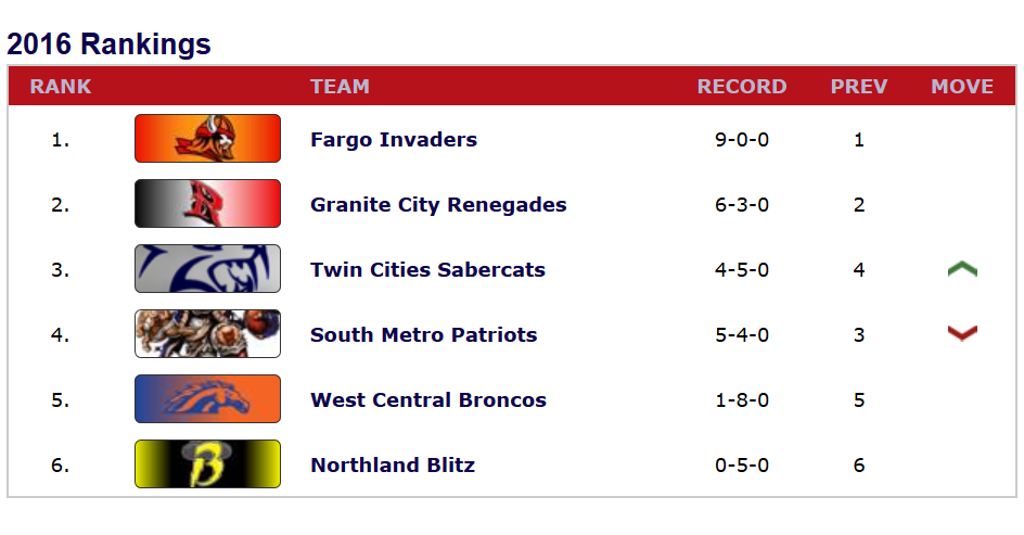