#1 - Invaders (9-0) end the Regular Season as the Undefeated Champions.  After giving up 18 points all season long, they will look to continue their strong season into the Playoffs.

#2 - Renegades (5-3) host the Sabercats on 7/23 to see who gets a first round bye in the playoffs, all pending a Patriot victory over the Broncos.  The winner will become the #3 seed & play at the #2 Patriots (pending their win), while the loser will play host to the #5 Broncos on 7/30.

#3 - Patriots (4-4) picked up a 18-12 Division Win over the Sabercats.  Both teams now have similar records in the Division & Overall, so the Patriots 6 point victory gives them the edge over the Sabercats previous 1 point win.  The Patriots finish the season against the Broncos, and a win will secure an East Division Title & the #2 seed in the playoffs.

#3 - Sabercats (4-4) own the same record & ranking as the Patriots after splitting the season series.  They will be battling the Renegades on 7/23 for the right to a first round bye.

#5 - Broncos (1-7) weren't able to secure strong enough numbers to play a contest against the Invaders, so took a forfeit loss.  They can play spoiler to the Patriots winning the East Division on Saturday. 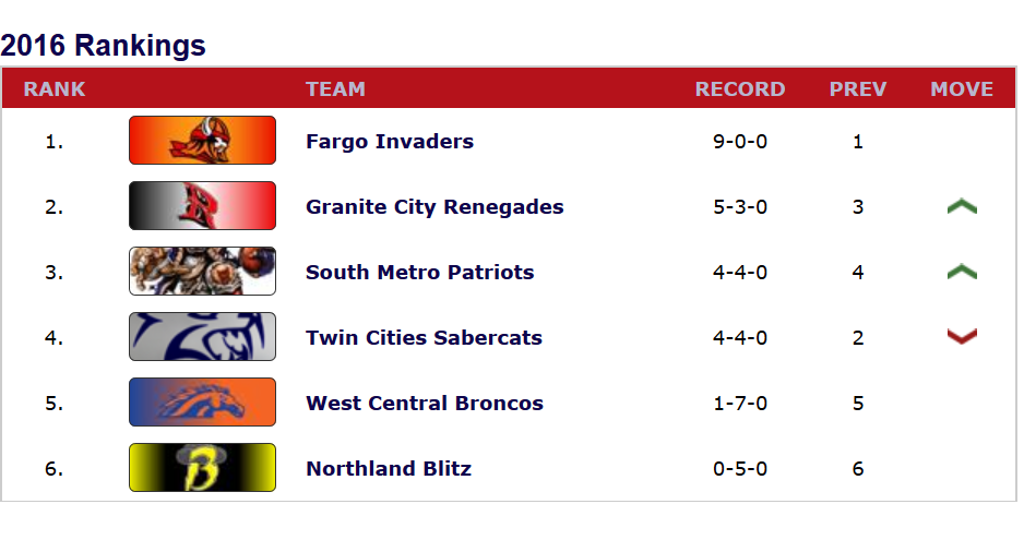